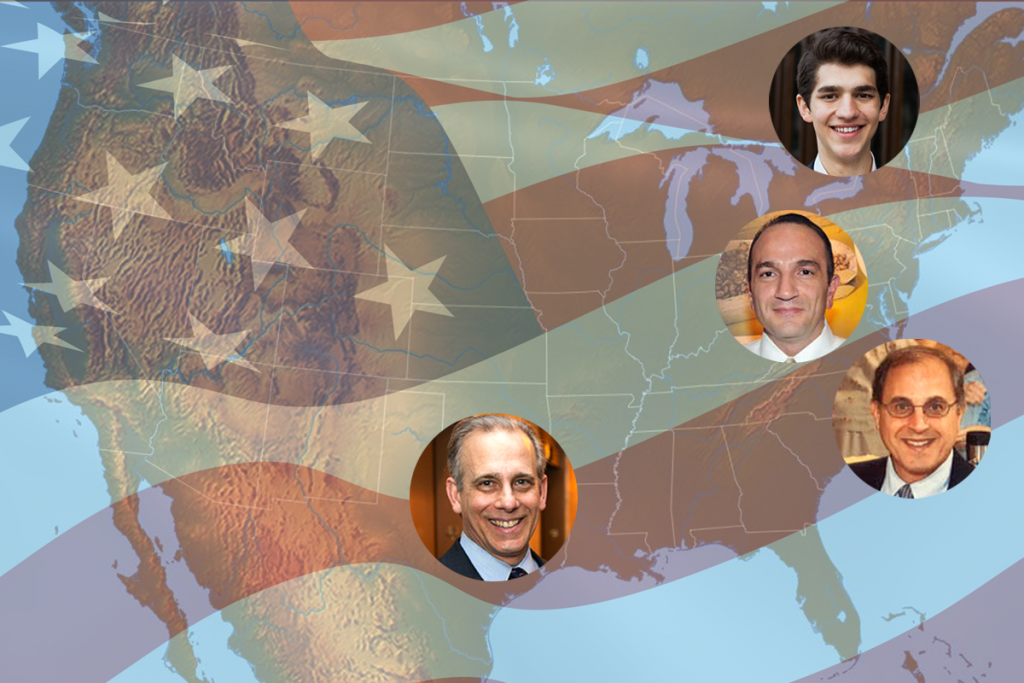 Hacibey ‘Haci’ Catalbasoglu was elected as an Independent in the November 7, 2017 general election to the Board of Alders for Ward 1 in New Haven, Connecticut. Haci is 19 years old and a junior at Yale University. He is the youngest Turkish American to ever run and be elected to public office. He is also one of the youngest Alders to ever serve on the Board of Alders in New Haven. In 2017, he was nominated to serve on the city’s Commission on Homelessness after many years of volunteering and advocacy for the New Haven Livable City Initiative through New Haven’s Youth@Work program. He was recommended for confirmation to the Commission by a unanimous vote of the Board of Alders’ Aldermanic Affairs Committee on April 24, 2017. As a member of the Commission, Haci is tasked with advising New Haven Mayor Toni Harp on how to actively combat the homelessness epidemic in New Haven. In the summer of 2016, he had the opportunity to intern for U.S. Senator Chris Murphy (D-CT).

Judge Jay (Ceyhun) Karahan won re-election in 2014 as the Presiding Judge of Harris County Criminal Court #8 in Houston, Texas. Judge Karahan is a native of Tampa, Florida and moved to Texas in 1979 to study law at South Texas College of Law. As both a state and federal prosecutor Judge Karahan tried to jury verdict over 100 serious felony cases. He is licensed to practice before the Texas Supreme Court, the U.S. District Court for the Southern District of Texas, and U.S. Court of Appeals for the Fifth Judicial Circuit. Judge Karahan is currently the only Turkish American serving in an elected office. In total there have been six Turkish Americans who have been elected to public office, all on the local level. judgejaykarahan.com

Turkish American Tayfun Selen of Chatham, New Jersey was elected as the Republican candidate to fill a vacant seat on the Chatham Township Committee in the November 7, 2017 elections. He will serve the remaining two years of Committee member John Maurer’s term. Maurer, a Republican, resigned his seat in late August. Selen is Chairman of the Chatham Township Republican Committee and previously ran for New Jersey State Assembly in 2013 and 2015. Selen is an architect, accountant, and businessman who serves on the Advisory Board for Montclair State University’s School of Business. He previously held a seat on his local Board of Adjustment. Selen holds a Bachelors of Science degree in Architecture from Istanbul Technical University and an MBA from Montclair State University in New Jersey.